At WeSoundMaster, we’ll have you hitting the high notes!

We help you define your musical production coherently, with a professional finish.

If you come in with an idea, we help you create and mould it in whatever way you want to make it a successful audio product.

We can do it all: projects with binaural waves, powerful dancefloor melodies, radio hits, and more. We work with all genres.

And if you work in the audiovisual field, we give your images a soundtrack: TV, advertising, film or video games, music or effects – whatever you need.

We have an extensive catalogue of instrumentalists for when you need an acoustic touch for your productions.

We will be delighted to welcome you to our studios so we can communicate directly, or, if you prefer, we can work remotely.

Over hundreds of productions and more than 25 years in the world of music, we have developed the ability to turn our hands to anything. That means we can adapt
successfully to all musical styles.

We set your dreams to music. 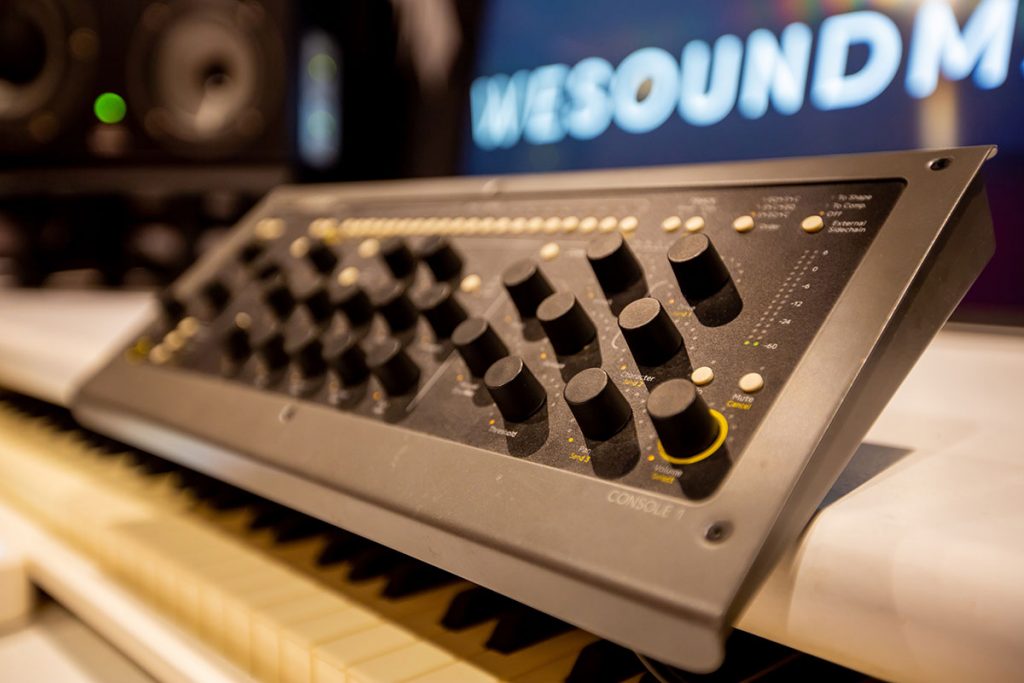 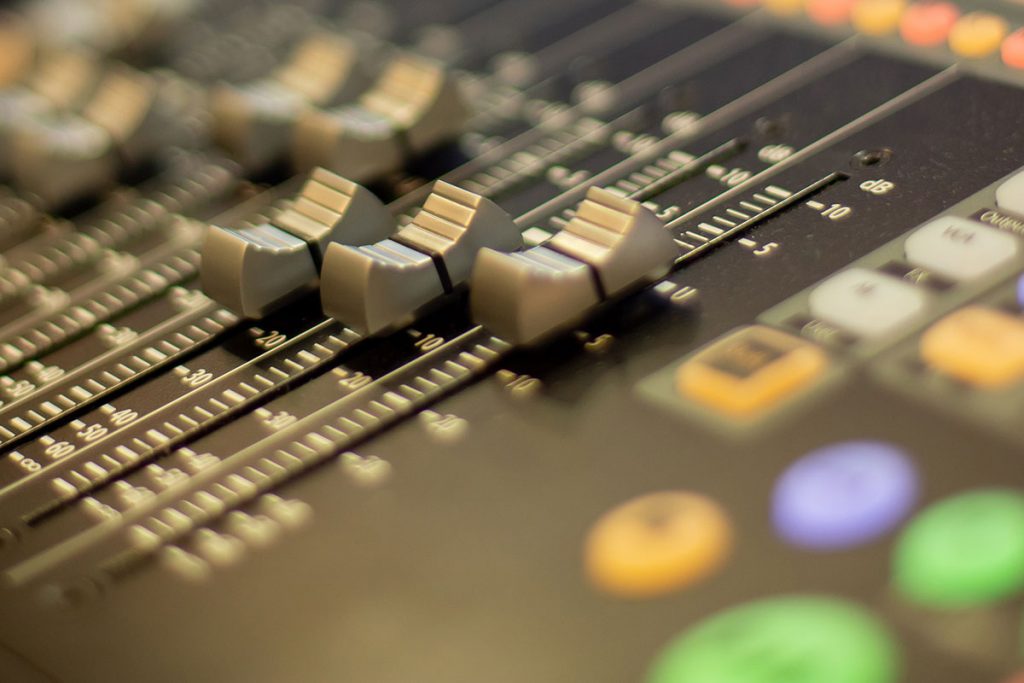 We take your completed production to the highest level!

Good production can be damaged by poor mixing and mastering. That’s why we make sure your music gets to its audience as faithfully as possible, without losing the
smallest detail.

We can work painstakingly, track by track, stem-mixing or directly mastering your stereo file.

If you wish, we can also create your mixing and mastering in the 360-degree format known as 8D, achieving a surprising effect with more space and movement.

Two rooms adapted for perfect acoustics, with the best monitors on the market and converters from top brands.

At WeSoundMaster, we have the highest quality analogue and digital equipment to make your productions sound the way they deserve to. But we also have the experience, knowledge and, above all, the sensitivity we have acquired over the years as successful producers and composers.

With us, your music will sound better than you imagine. 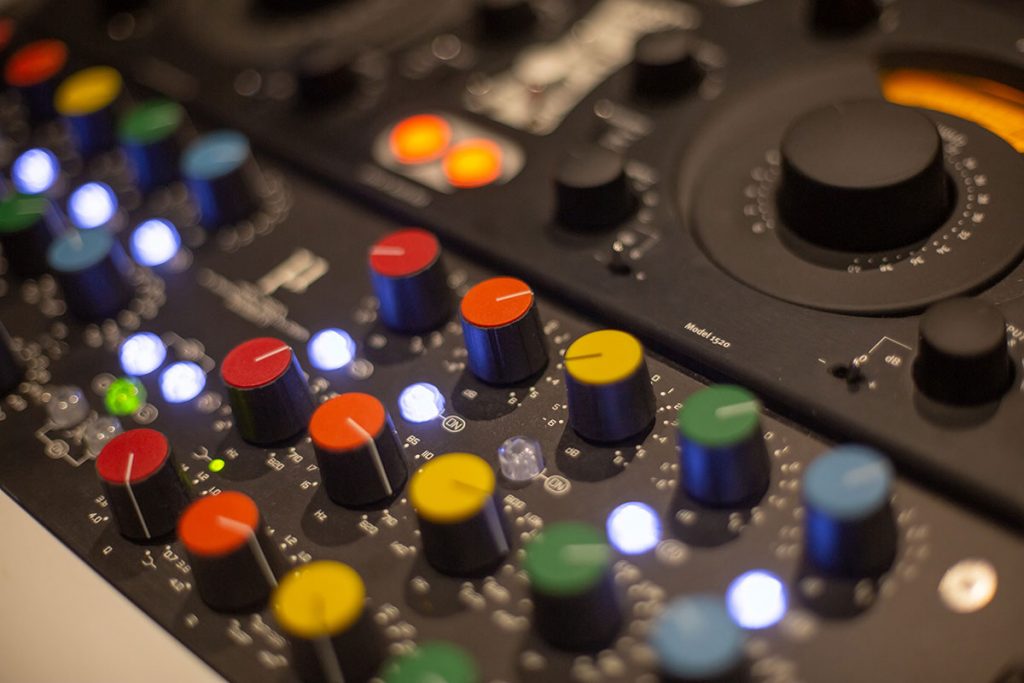 The best recording equipment and our experience of hundreds of recordings and arrangements ensure that the vocals on your tune transmit all their energy while maintaining excellent quality. The quality of your vocal track could make the difference between a brilliant production and a mediocre one.
Bring us your vocal track and we’ll make it shine.

We have a wide range of singers covering the whole spectrum.

Bring us your idea, and together we’ll put it into practice.

We offer you several recording and production studios, as well as our knowledge
and contacts in the music industry.

We are experts in all fields involved in sound.

Julio Navas is cofounder and CEO of Mentes Inquietas, a creative company covering
various services related to music and sound.

His life has always been linked to music, technology and business, with a special focus on electronica and the world of the DJ. In a career going back more than 25 years, he has combined the functions of music producer, sound engineer and DJ, working on interesting projects with artists as varied as David Guetta, Rinocerose, John Acquaviva, Trentemandller, to name but a few.

Evidence of his live experience comes from his well-known residences at leading clubs, as well as countless sets as invited artist at the most important events all round the world.

One of his riskiest and most ambitious projects began in 2004 – Fresco Records and Barzelona Publishing Group were founded to export his sound all over the world. In both cases he took charge of running the label, the catalogue, design and content, as well as providing a booking agency and artist management, achieving great success in a short time and positioning both Fresco Records and Julio Navas himself at the forefront of worldwide electronica.

This extensive CV attracted important companies in the technology and music sectors who wanted to make use of his knowledge and support, and he became an endorsed artist and collaborator with various brands, as well as offering his consultancy services to several of them, including Reactable Systems, Blanco y Negro Music and Mind The Gap.

In the last few years he has also shared his knowledge at colleges like ESADE, SAE Institute, Eumes, Seeway and IED Barcelona, as well as events as varied as AES Convention, Future Music Forum, Madrid Music Days, Sónar+D, and others.

He defines himself as a composer, producer and sound engineer, in that order.

He has been working professionally in music since the mid-90s, when he founded M.F. Station, a production company that has released several Spanish chart and dancefloor number ones, including “Break The Silence”, by Status, and Ororo’s “Zombie”. After that, he travelled to London to continue training as a producer, but this adventure was cut short when he was signed as resident producer and technician by the Blanco y Negro, Vendetta and Insolent studios, where he spent 15 years generating great successes and international hits.

Together with Toni Bass, he set up Basstardo Recs, a label where artists can express themselves 100%, with no commercial filter, based on creating what many sectors of the industry considered to be high-class vinyl tracks. He currently combines his work as assistant producer for various DJs with teaching, commissions from publishing and record companies, sound production for live shows and the shared management of WeSoundMaster, together with Julio Navas.

He has worked under pseudonyms on countless projects providing the sounds of the times in highly varied styles: Jan &amp; Solo, Paul Droid, Lavelvet, Clublanders, Ororo and Status, among many others.

He has worked for cinema and television in campaigns for Bacardi, Vodafone, Telecinco, Pioneer and TV3, and on soundtracks and theatre productions for Gran Teatre del Liceu, Teatro Real and Caja Mágica, where he worked on the musical production of the Maestro Live Show and the opening ceremony for the Davis Cup, to mention just a small selection of his work. Throughout his career he has worked with and for countless professionals from the sector, such as: Sideral, Javi Mula, Juan Magán, Pitbull, Toni Bass, Carol Lee, Terry B, Cesar Lorés, Steven Redant, David Penn, An Der Beat, DJ Disciple, The Zombie Kids, Nick Jonas, Adam Lambert, Kate Ryan and a very long list of others.

Nowadays his name is synonymous with quality and experience. The knowledge he has stored up over years spent adapting to the twists and turns of the music industry have made him a true all-rounder who can freely navigate any musical style.